Blog / What In The World Is A Tuft & Needle?

What In The World Is A Tuft & Needle?

“How does it relate to needles?”

“How do those two things relate to mattresses?”

“Who wants to sleep on something associated with needles?”

The name Tuft & Needle IS a little odd for a mattress company. Admittedly, it’s kind of a mouthful. We often get asked how we came up with such an interesting name, so we decided to share this story from our beginnings.

Shortly after JT and Daehee wrote down their list of everything they hated about the mattress shopping experience, they started to research what went into crafting a mattress.

JT’s next door neighbor at the time was a master upholsterer and worked at the local high school. He approached her one day, asking if she knew how to make a mattress. She said she knew how to hand-make a simple, cotton-stuffed mattress, and she even offered to teach him if he came to her workshop.

A few days later, he showed up, ready to learn how to hand-make a mattress. Laid out before him were the materials needed: cotton batting, fabric, thread, needles, and a large tufting needle. He began by sewing together what would end up being the outside mattress cover. Leaving it open at one end, he then stuffed the batting into the opening until the mattress was full. Next, he sewed the final side closed. But, there was still one step left until the project was completed: tufting. 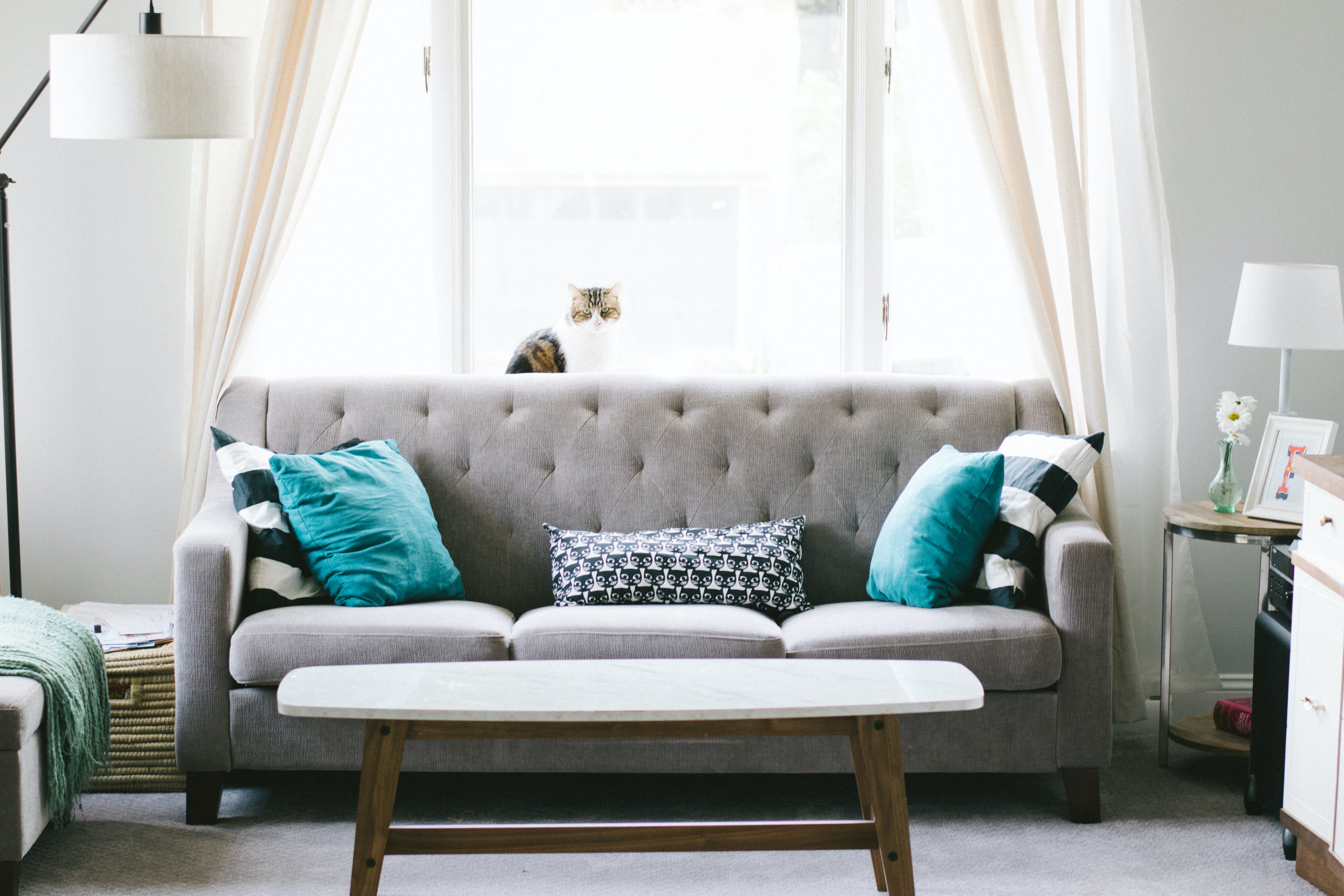 See the tufts in the couch above? Over time, gravity pulls down the backrest, and, without tufting, it can create an uncomfortable blob that your lower back just hates. Because of this, you’ll see tufting on most products today that could potentially experience this problem.

Tufting is where you pinch together strategic places of a product and sew it together. It’s done to prevent the batting material from moving around, becoming lumpy, changing shape, or becoming firmer as the material is compressed together. A tufted spot is usually covered by a button, like on the backrest of a couch, chair, or seat cushion.

JT took that large tufting needle and pinched different parts of the mattress, and then sewed those places together. This reinforced the structure of the mattress and prevented the cotton batting from moving. After he tufted the mattress in all the right places so that the material wouldn’t slide around, his work was done. He had made his first mattress.

Later, when JT and Daehee were brainstorming what they might name their new company, JT remembered his experience and wrote “tuft” and “needle” in the long list of words that resonated with them. They knew they wanted something original, nothing sounding old or tired like the industry they wanted to disrupt. Names that included “sleep” or “mattress” just wouldn’t work. Their goal was to create a name, and a company, that was authentic, craftsman-like, original, timeless and modern.

Over drinks and debates, they eventually narrowed down the list, and Tuft & Needle was born.

How Does It Feel?

How Do You Move a Mattress Anyway?

The Signs as Tuft & Needle products.

Sure, you know what your favorite T&N products are, but which ones vibe with you on an astrological level?!? Let’s have some fun thinking about which sleep essentials are a match made in the st...

‘Tis the season to stay on high alert for those pesky emails and social media posts trying to trick you. Because we would never want to get your hopes up about a phony product, we’ve put together...

An update from Tuft & Needle

The Tuft & Needle team stands with the Asian American Pacific Islander communities and unequivocally condemns racism, xenophobia, and violence towards these groups.As a company, we are dedi...