Blog / California King vs King – What is the difference between the two?

California King vs King – What is the difference between the two?

It’s easily one of the mattress industry’s most asked questions. What’s the difference between a regular King and a California King (also known as a Cal King) bed? And what's their history?

There are many misunderstandings around King vs California king size dimensions. Our team hears stories all the time from customers who believed they had a mattress that was one size, but when they opened their Tuft & Needle delivery they found out they’d been totally wrong. Nothing lines up!

Since you probably don't want to be discovering your bed frame size after you have ordered your new mattress, here's a lesson on California King vs King.

What’s The Difference Between King and California King?

If you're looking for a quick answer, the only real difference between the two mattresses is about 4 inches.

You might be asking yourself which is better king or California king? Here are a few Pros and Cons: California kings are better for taller people. They also are better if you have a longer or narrower bedroom. Accessories like bed frames, sheets and other bedding accessories can be harder to find for a Cal king bed. Whereas King beds are better if you are one of those people that have kids and/or pets that like to climb in bed with you. They are also better if you have a shorter, wider room. Accessories are much easier to find. The biggest con of a regular King would be for people who are 6’2” or taller as your feet may hang off the end of a regular king.

Until the early 1940s, most Americans slept on full-size beds. It was almost unheard of to need more space, but as people started getting taller, longer mattresses became desirable. (According to an article in Bedding magazine published in 1963, 4% of American men in the 1900s were 6 feet tall or more, but that number was hovering around 20% by 1959). Once stores made their mattresses longer, they realized they could capitalize on widening their beds too. More is more, right?

In 1958, Simmons became one of the first companies to start marketing “King” and “Queen” sized mattresses to their customers. The names obviously stuck. As mattress sizing became standardized, the King sized mattress measured at 76 inches wide and 80 inches long.

For those who want some extra sleeping space to spread out, the King mattress is the perfect bed size. The popularity of the larger models soared and led to the King’s slightly skinner cousin, the California King.

California King, sometimes referred to as a “Western King” or "Cal King", got its name thanks to its popularity on the west coast and Hollywood. In the 1960s, celebrities were requesting oversized mattresses to create luxe bedrooms. An LA mattress company was happy to oblige. These beds gave the stars plenty of room to spread out and gave their master bedrooms an even more expensive appeal.

The trend caught on and the mattress size went into mass production by the early '70s. The “Eastern King” hit European markets around the same time as a way to compete with American manufacturers, the "Eastern King" is the same size as a regular king. The standard California King size bed measures at 72 inches wide by 84 inches long. The space you lose on the sides is almost made up in the little extra length. The total area difference is about 32 square inches between the two mattresses, with the king covering a little more.

Now that you’ve got some background on the two sizes, make sure to double-check your bedframe or box spring and the tags on your bedding before buying a new mattress. No one wants to be surprised when they pop their mattress in a box out for the first time.

Recommended King & Cal King Mattress: The T&N Hybrid mattress has the best of both worlds, layers of foam and springs. It's comfort level (especially for multiple sleepers), support, and heat regulation are unmatched and why we recommend it if you are looking for a King or California King. 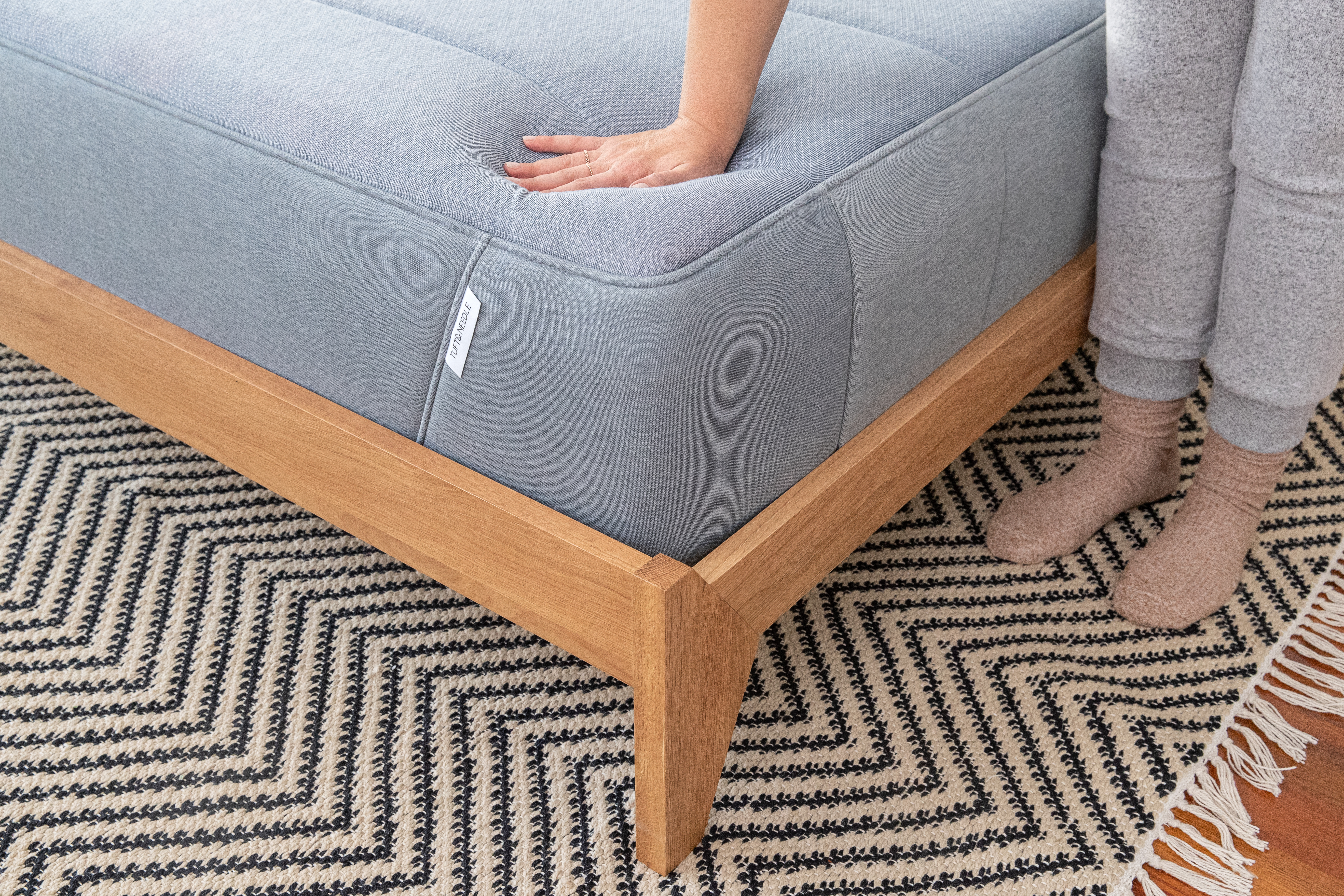 What's The Difference Between A Twin ...

Get the Look: How to Create the Most Relaxing Bedroom Ever

New year, new you mantras are popping up everywhere these days. But before you tackle those resolutions, you'll want to start by updating the most important room of your house: your bedroom. To hel...

4 Must-Haves for Better Sleep in the New Year

It's time for that new year, new you mindset. But before you get started on new goals, organization projects, fitness kicks, etc. you'll want to make sure you start with getting your best rest poss...

What Mattress Size is Best for You? – Bed Sizes Chart/Guide 2023

Choosing what size mattress you need seems like a no brainer, but there are several factors to keep in mind beyond just different mattress sizes.Your current sleeping arrangement and living spa...