Blog / Where Should Your Dog Sleep?

Where Should Your Dog Sleep?

Where your pup passes out for the night is a hotly-debated topic in a lot of households.

Should you get your dog their own space to sleep? A fancy dog bed? Out in the grass under the moonlight? Its own personal La-z-boy? A dog bed that goes next to you in your own bed? Don’t knock it ‘til you try it, according to one of our teammate’s roommate.

Your dog could sleep just about anywhere, probably, but should your dog sleep in your bed? 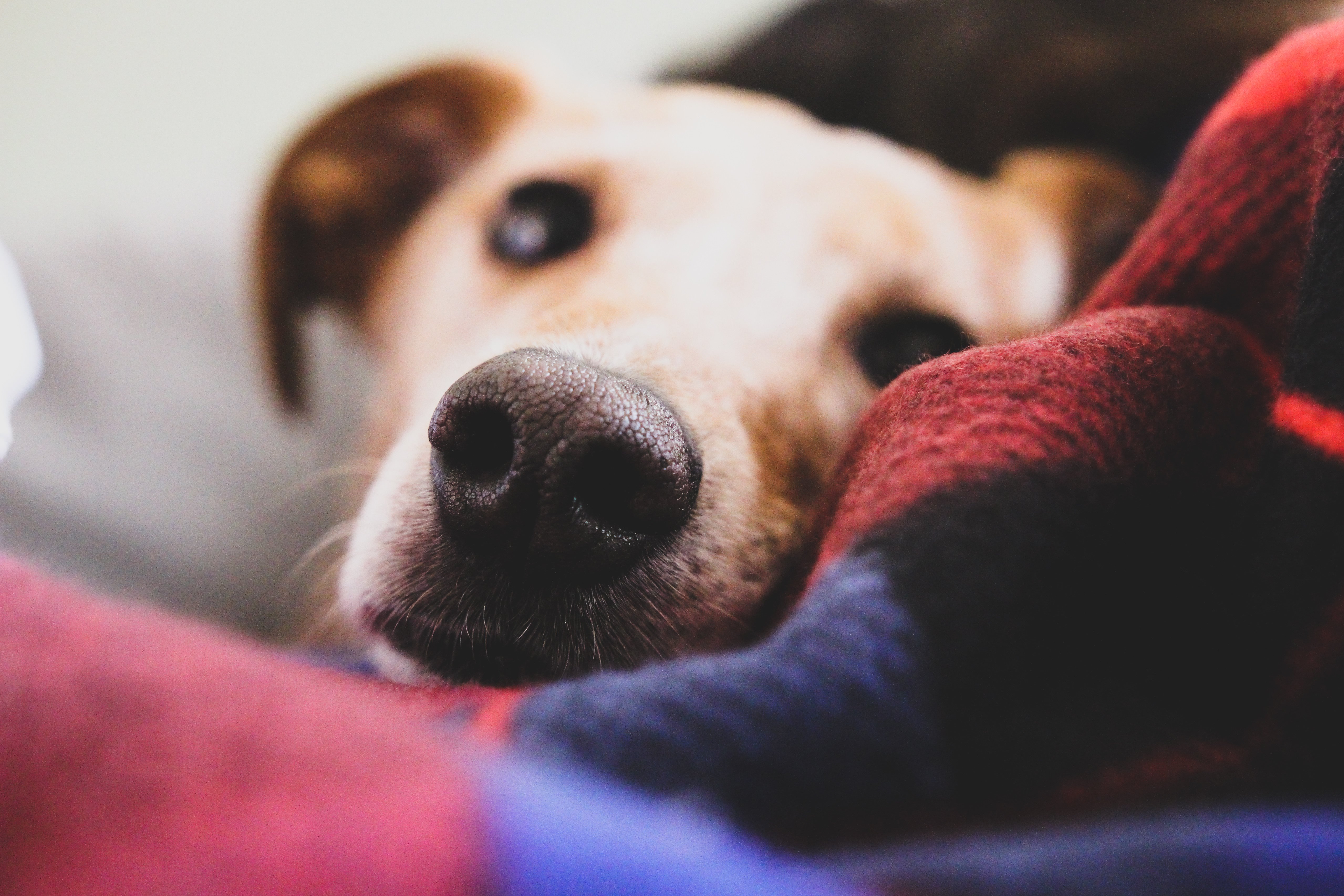 The case for co-sleeping About 96% of pet owners let their dogs sleep inside their homes, leaving a lot of options for where to settle your pet in for the night. Dog cuddles are obviously a big motivator here, but what are other benefits to letting your dog hang out in your bed all night?

Before the modern age, many cultures actually valued sleeping near their dogs. Not only is it a defense mechanism from predators, but some cultures even believed that dogs can ward off evil spirits. Rameses, an Egyptian Pharaoh, gave his own dog, Pahates, the title of “Bed Companion to the Pharaoh” and he certainly wasn’t the only nobility to keep his dog close. Queen Victoria spent the last moments of her life in bed with her Pomeranian, Turi, and many of “The Greats” slept next to Greyhounds (Alexander, Peter, and Fredrick).

There are a lot of benefits to owning a pet, including increasing the health of your heart and reducing stress, and co-sleeping with your dog extends the amount of bonding time you have.

Many people find that being near their pup eases anxiety, tension, and in general makes them feel more comforted. Having your dog as an integral part of your bedtime routine can greatly improve a lot of aspects of your life. Plus—added winter warmth is a huge bonus. 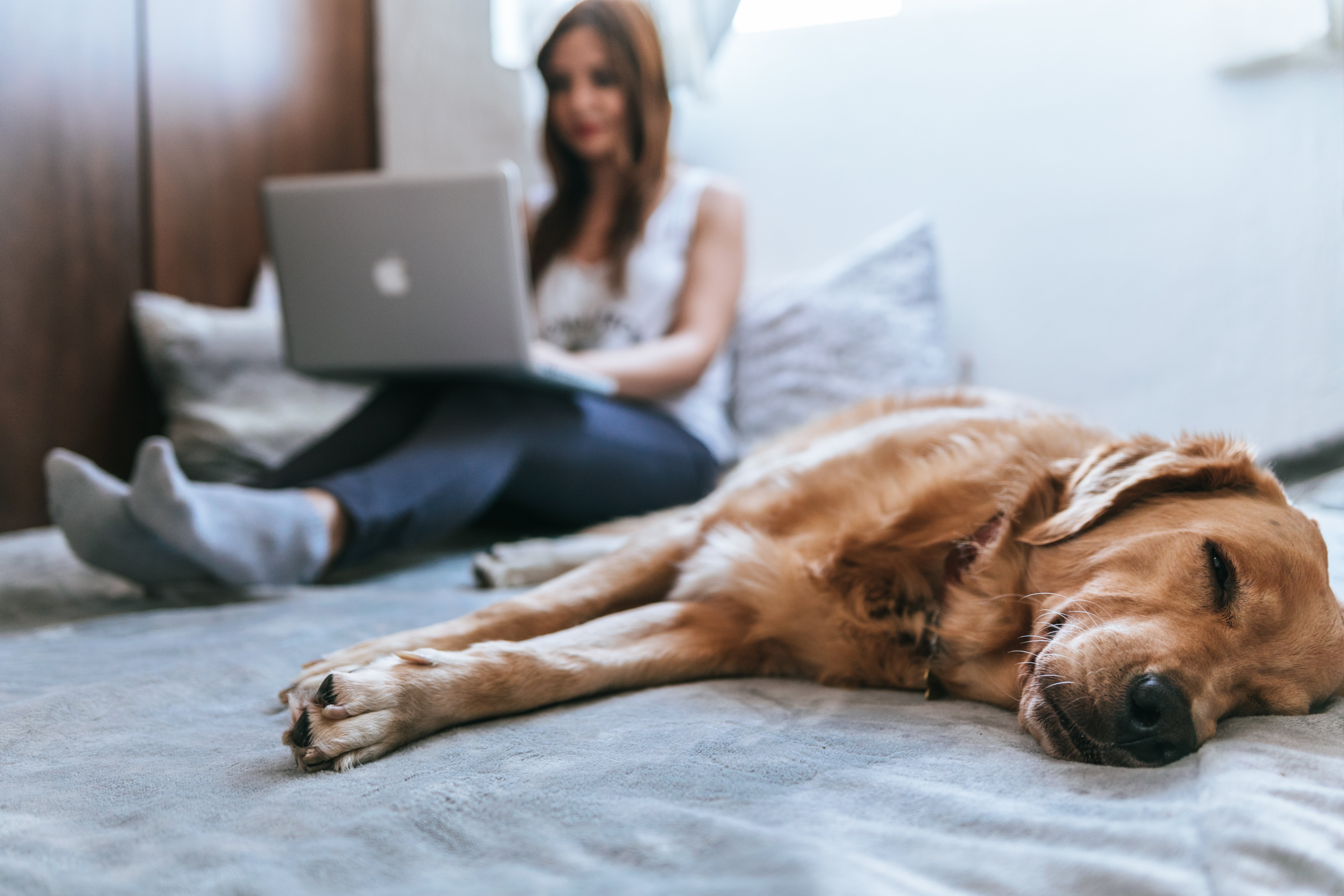 It’s not for everyone One of the most common arguments couples have is whether or not the dog should be allowed to sleep in their shared bed. It makes sense. If just under 50% of pet owners happily share their bed with their dog, that leaves half of pet owners who are less-than-thrilled about it. There are a few ways to view the other side of the coin, and a lot of it comes down to cleanliness.

While some dog owners have total faith that their pooch can’t be worse than their partner when it comes to getting the bed dirty, others have a hard time letting animals into their space. Allergens, for one, become a much bigger issue when you’re sleeping in a sea of pet dander. Your dog likely picks up pollens and plants that you wouldn’t while going out, and if you aren’t bathing them every night (Don’t, for the record!) you’re adding a new host of potentially irritating materials into your sheets.

Pet owners that share their bed also report more sleep interruption than those who don’t, which can cause all sorts of issues as lost sleep adds up. Dogs have very different sleep cycles compared to humans, combined with their alert nature, they may wake you up consistently throughout the night, especially if you’re a light sleeper.

The last concern is a big one—separation anxiety in your pets can easily lead to other behavioral issues. If you’re worried about worsening anxiety your pet might have while you’re gone throughout the day, making it up to them at night might not be the best solution.

So who is right? It depends on the dog, really. If you aren’t worried about allergies or behavioral issues, sleeping next to your faithful friend might just improve your life. Throughout history we’ve seen unbreakable bonds between man and dog, and there’s no need to change your ways if it’s working for both of you. If your dog is ill, you’re suffering from allergies, or isn’t able to behave themselves with proper training, it might be worth reconsidering your sleeping arrangements.

5 Hacks to Up Your Bed-Making Game

What is Sleep Debt and Can You Ever R...