Blog / So, What’s Up With Sheet Ghosts?

So, What’s Up With Sheet Ghosts?

It’s seven o’clock, October 31st, and you’ve been too busy living your life to come up with an actual costume.

The party won’t wait for you, so you go with what you know—for some reason, what we all know—is a classic, if not boring, option waiting right in your own linen closest. No, not that gloriously soft and durable percale one! The wrinkly, wadded-up dorm room leftover in the corner. Yes, right there. A pair of scissors and three minutes later, you’re ready to rock one of the most iconic (though, rarely spotted outside of a fictionalized TV Halloween special) costume in existence.

Is it a contest winner? Absolutely not. But it saves you from being that guy in the corner that’s too cool to play dress up. No one will point and drop their jaw at your wit, but you might be able to put on an air of irony and pull it off.

The question remains, why do we picture ghosts as billowy, 250-thread count specters? How many bedsheets have we lost to senseless acts of poor planning over the decades? Who started this game, and how do we finish it? (With double elastic for added security and no unnecessary anti-wrinkle chemicals, if you ask our team. No? Not here for sheet manufacturing puns? Fine. Moving on.)

There are plenty of notable sheet ghosts in moves and TV, it’s easily one of the most commonly spotted spooks in any group of Trick-or-Treaters on screen. From lighthearted Charlie Brown’s over-enthusiastic eye-hole chopping to a more poignant, actually haunting Casey Affleck in A Ghost Story, the bedsheet ghost certainly has its, well not hands, but, you know, hands, in much of Western pop culture.

Even Casper the Friendly Ghost has remnants of the instantly recognizable silhouette of a bedsheet, with a little added function.

Visual cues over time have shifted as the bedsheet ghost became a little too campy for what we’re capable of in post-production, but the cartoons and movies that utilize the trope had to draw their inspiration from somewhere—and if you were thinking to yourself that the answer clearly lies within centuries-old burial traditions, bingo. You nailed it.

White linen burial shrouds have been used to wrap and bind the dead for hundreds of years—Jesus himself was buried in the tomb in white cloth. While many cultures relied on burial shrouds to care for the dead when they lay them to rest, the image of the bedsheet ghost gained popularity specifically across the pond, in 17th century Britain. Until relatively recently, the majority of British folks couldn’t afford a fancy, luxurious wooden coffin for their deceased, so they kept with tradition and used white linen or wool sheets as a burial shroud. The image became closely tied to ghosts, a bond that hasn’t really been broken since.

Spooking your friends by throwing a bedsheet over your head and popping out of dark corners became a pretty cheap trick that was super easy to pull off. In fact, within a few decades it kind of became the 1700s equivalent to dabbing—everyone did it, often regretfully. But because humans have a habit of ruining everything they touch, criminals and ne'er-do-well’s adopted the costume as the standard bad guy uniform. If you could scare someone out of their home just by borrowing your mom’s best linens, you could get your hands on any of their valuables and slip off into the night, leaving them sure a ghost had just robbed them.

It became a huge problem, actually. Even into the 1800s, ill-intended crooks donning white sheets were hunted down in the streets by angry citizens, famously culminating in the shooting and killing of Thomas Millwood in Hammersmith, England by Francis Smith. Mounting reports from villagers of assaults and attacks by a ghost resulted in late-night patrols to keep an eye on the area. Smith and his buddy fancied themselves “ghost hunters” of sorts, seeking to put an end to the Hammersmith Ghost plaguing the village. Millwood, draped in a sheet, was spotted by Smith and when he wouldn’t identify himself, Smith shot and killed him.

The trend didn’t die with Millwood, but came back around in the late 19th century as spiritualism and mediums rose in popularity. A curious streak of “ghost sightings” began popping up in shows and even photographs by famed French fraud Edouard Isidore Buguet. He served a year in prison after admitting that his photographs, featuring transparent white apparitions, were nothing more than pre-exposed film and sheets over models. 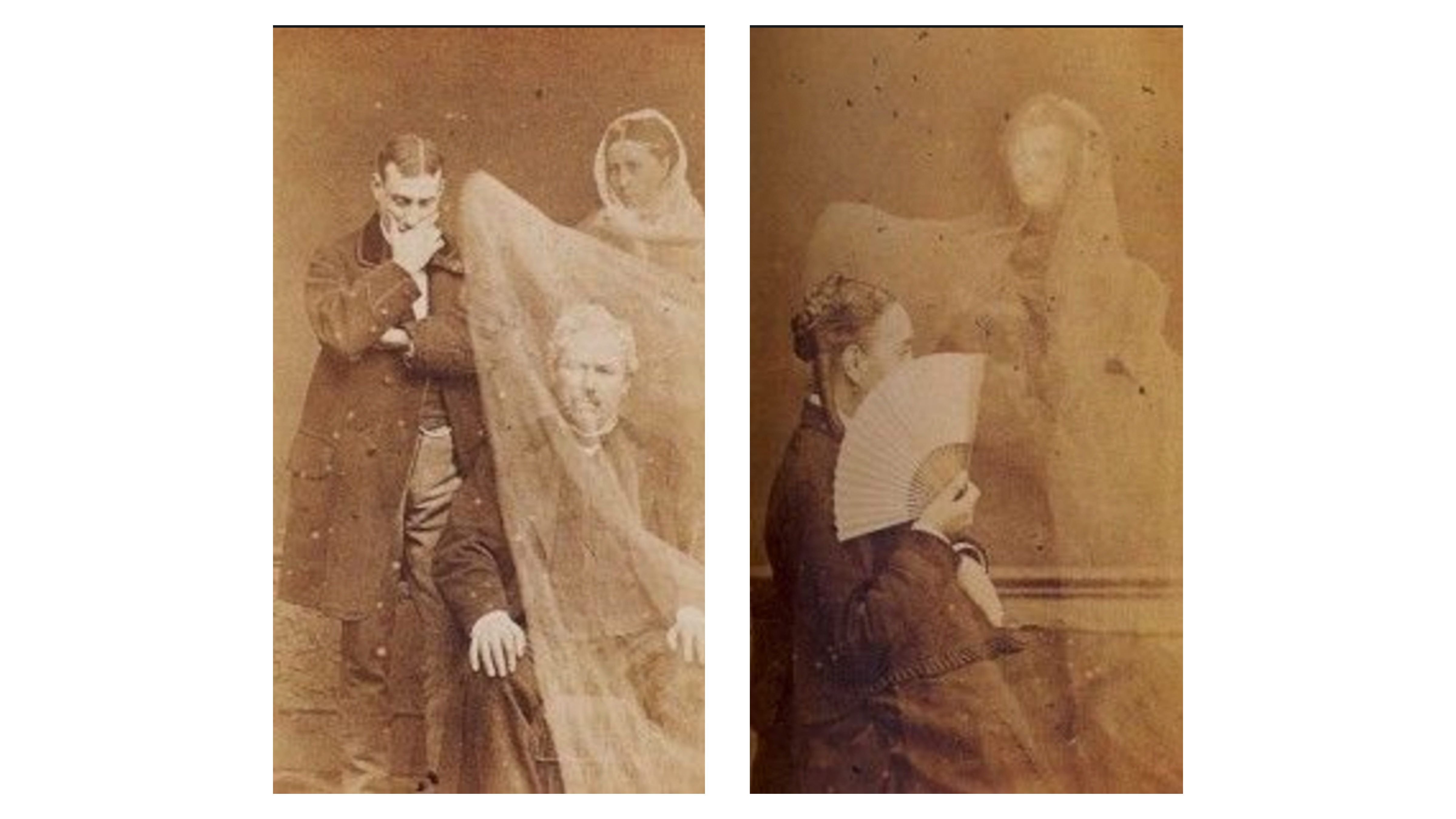 Mediums and psychics rigged sheets over simple mechanisms, among many other tricks, to convince audiences that they’d summoned spirits. With the right lighting and a mind that wanted to believe, the ghastly white figures in the dark did the trick.

The classic white sheet has found its place in many ghost tales, so it makes sense that the visual held up over time as plays, movies, and television began featuring phantoms. Without the CGI magic of modern-day movies, audiences had a hard time distinguishing between alive-and-well characters and not-so-alive-and-well ghosts, and it became much easier to represent ghosts as they’d been represented for centuries before—wraiths in white cotton.

What have we learned? While the bedsheet ghost is certainly a mainstay in history and pop culture, given the dark past of crime and deceit, and current tragic associations, you might be better off wrapping a strand of Christmas tree lights around yourself and going as a Stranger Thing, or grabbing an ironic t-shirt from the nearest Target on your way to that party.

4 Reasons to Put the Candy Down Tonight

What Are Night Terrors?