Mom and daughter reading in bed

Blog / Bedtime Stories Around the World

Bedtime Stories Around the World

The world over, every night, people put their children—and more increasingly, themselves—to bed with stories. The origin of bedtime stories may be unknown but their appeal is universal. Since finding the history of the first bedtime story proved impossible, we’ve instead gathered a collection of bedtime stories through time, and from around the world.

Why the Sun and Moon Live in the Sky 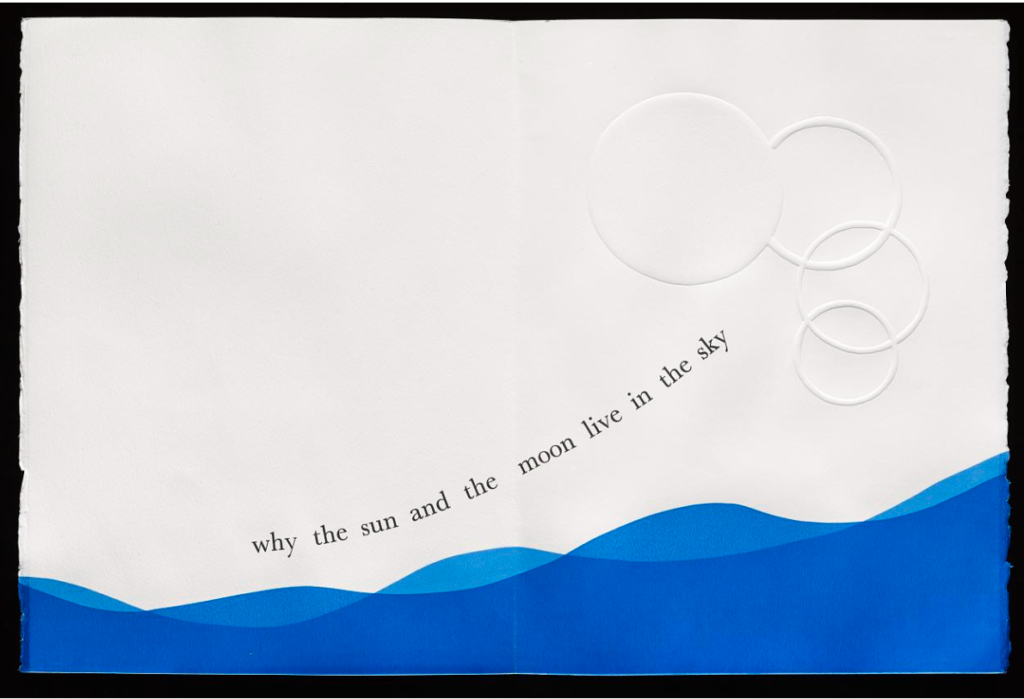 This Nigerian folktale tells of how the Sun and Moon came to be where they are.

A long time ago, the Sun, Moon, and water were friends, living on Earth. One day, the Sun asked why Water never visited the Sun and Moon’s home. He replied that he had a great many people and that their home would not be large enough to welcome them all. The Sun went to work building a huge compound to welcome Water and his subjects, and Water eventually accepted the invitation. However, when Water arrived to visit the Sun and his wife, Moon, all the sea and sea creatures eventually filled their home, forcing Sun and Moon to retreat to the Sky, where they have stayed ever since.

You can find the full story and artistic rendering by Willow Legge here.

Masha and the Bear

This tale of the wits and cunning of one little girl against the odds hails from Russia.

Once upon a time, there was an old woman and an old man with a granddaughter called Masha. One day, Masha went berry picking in the forest with her friends, but became distracted and lost the group. Out of the forest, a bear appeared and carried her away. The Bear brought Masha to his cottage. He reassured her that he just wanted a friend, but she remained miserable. One day he asked why she was sad. She said it was because her grandparents would presume her dead. She convinced him to take her grandparents some pies so that they would know she was alive. Before he left to take the pies to the village, Masha snuck into the backpack. When the bear reached the grandparents’ house, and was startled by their dogs, dropped the backpack on the ground and ran. The old woman and the old man came out of their house and out of the backpack popped Masha! Reunited at last, they lived happily ever after. 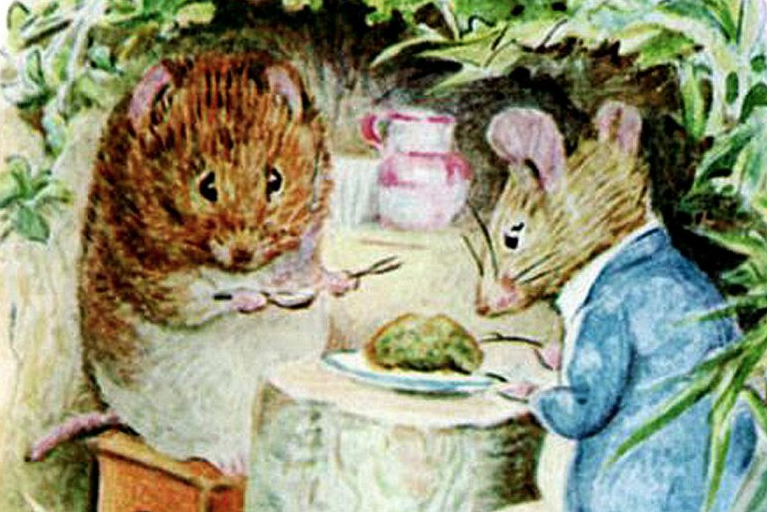 Timmie Willie—a field mouse from the countryside—accidentally falls asleep in a hamper from the town and gets transported to a noisy, busy house. He dodges a scullery maid and escapes, only to stumble upon Johnny Townmouse. Johnny is hospitable but Timmie tells tales of his garden and how he longs to be back in the countryside, so Johnny helps him to smuggle himself back in the hamper the following week. Timmie returned to normality but hoped for a visit from his new friend. After a while, his eventful visit to town almost forgotten, Johnny Townmouse arrives! Timmie is thrilled to show him around but Johnny finds it all too quiet. He returns back to town the following week. To each their own, Timmie thinks, and they both lived their very different lives happily ever after.

One rather grim bedtime story from France tells a cautionary tale of a little goat called Blanquette.

There once was a farmer called Mr. Sequin, and all his life he had owned goats. Every goat he had eventually chewed through its tether, preferring to wander the great forest beyond his lands. However, in the forest was a big bad wolf who devoured the goats. He decided to try one last time, with a younger goat, in case they got used to his farm from an early age. He named the kid Blanquette and gave her a long tether so that she might be content, but eventually, she too wanted to leave. Mr. Seguin had had it. He closed her into a barn and locked the door. Blanquette squeezed out of a tiny window and escaped into the forest. She frolicked all day long through the flora and fauna, but when night fell, she met the wolf. Like the old goat before her, she was determined to at least fend the wolf off until morning. She fought and she fought with her stripy horns, and when the rooster crowed she sighed, ‘finally’. Blanquette laid down, exhausted, and the wolf devoured her.

Wherever the source of your bedtime stories, whether they are part of your own sleep routine or the ideal bedtime for your littles, you can sleep easy knowing they are good for restful nights. Sleep tight!

Lauren entered grad school as an Art Director but left a Copywriter. She worked in travel journalism, startups, and branding before joining us as a Copywriter at T&N. Born and raised in England, she lived in France for some years, and now writes from her home in Denver, CO. Usually you'll find her making cocktails, surrounded by dogs, or looking up flights.

How to Create the Perfect Back-to-School Routine

Didn’t school just get out, like, two months ago?I had a to-do list a mile long, appointments to make, and a summer bucket list we haven’t even begun yet. This just doesn’t seem fair. Being able ...

Advice For New Parents: Important Tips You Need to Know

As any experienced parent will tell you, being a new parent is hard. It might be one of the hardest things you’ll ever do. But raising a child will also be the most rewarding thing you ever do, so ...

What Does It Mean To Be Healthy?